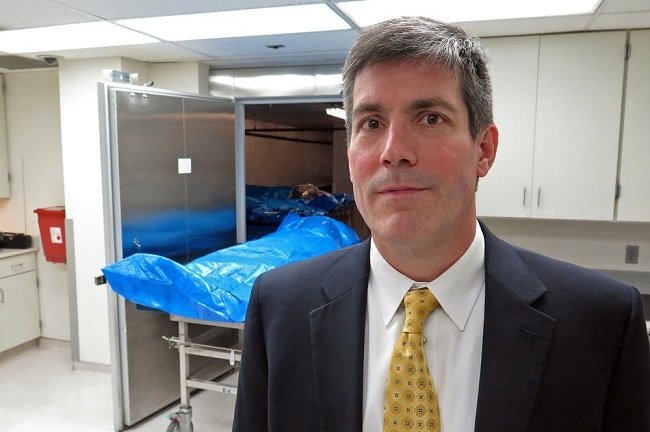 He has both general and forensic pathology certifications from the American Board of Pathology. He’s a member of the forensic pathology committee at the College of American Pathologists (CAP) and a fellow there. He is a member of the Board of Directors and the Executive Committee of the American Academy of Forensic Sciences and is a former Chair of the Academy’s Pathology/Biology division.

The chief medical examiner of Hennepin County testified that he still believes Derek Chauvin and other Minneapolis police officers’ initial assessment that George Floyd died from cardiac arrest after being detained and restrained by applying pressure to his neck.

Since 2004, Dr. Andrew Baker has served as the county’s chief medical examiner, making him a crucial witness in the murder and manslaughter trial, where the defence is attempting to prove that Floyd’s death was the result of medical complications and narcotics rather than Chauvin’s use of force.

According to Baker’s statement to the police, “If he were discovered dead at home alone with no other apparent causes, this could be acceptable to call an OD” because Floyd’s blood had 11 ng/mL of fentanyl. Three (nanogram) levels of death have been confirmed.

Overdoses can occur with much lower or much greater fentanyl concentrations, as Baker stated on Friday; the exact amount depends on the individual and their tolerance to the drug.

Nelson questioned Baker, wanting to know if he mentioned Floyd’s lethal fentanyl dosage to the county attorney. Baker stated that “under different conditions, such concentration would be lethal.”

I don’t remember my exact words to the county attorney, but they went something like this: “Yes, I would certify his death as owing to fentanyl intoxication had he been home alone in his closed dwelling with no indication of trauma and the only autopsy result was that fentanyl level.”

Dr. Baker is on staff at both the University of Minnesota and the Hennepin County Medical Center. He has been on the board of directors for the Innocence Project of Minnesota and the Minnesota Coroners and Medical Examiners Association and is currently serving as treasurer for the latter.