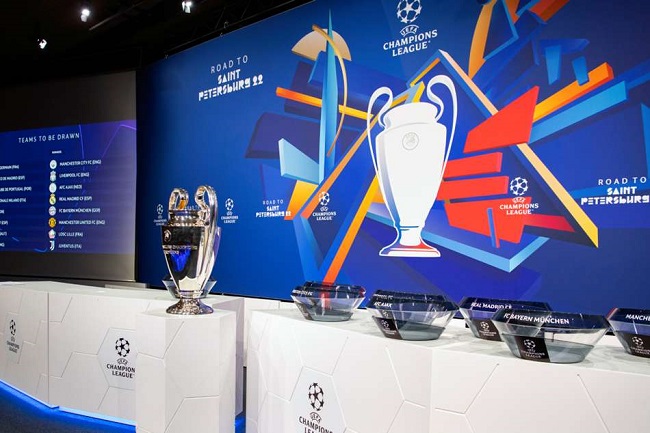 UEFA’s Round of 16 Champions League draw was redone due to mistakes, which was an exceptional occurrence. This resulted in the European governing body nullifying the results three hours later and mandating a new drawing.

The initial draw featured eight potential pairings, one of which pitted Lionel Messi against Cristiano Ronaldo in a showdown between Paris Saint-Germain and Manchester United. However, UEFA claimed that problems with third-party technologies prevented that fantasy matchup from happening.

Champions League Repeats Its Draw After a Technical Problem

Tournament rules state that teams from the same group or country should not be drawn against each other, but it appears that the programme did not take this into account.

When Villarreal was drawn as Manchester United’s opponent, the first mistake was broadcast live on television. Unless you count Villarreal, who Man United played in the same group with, and so shouldn’t have been included. After drawing Man United’s name, officials realised their mistake and swiftly drew Manchester City.

Unfortunately, that blunder paved the way for yet another. Because of an initial clerical error, Manchester United were not included in the hat when Atletico Madrid’s opponent for the round of 16 was being chosen.

A Material Error Occurred in the UEFA Champions League Round of 16 Draw;

UEFA was happy to try to shift the blame by saying, “Following a technical problem with the software of an external service provider that instructs the officials as to which teams are eligible to play each other, a material error occurred.”

After the second draw, Chelsea once again found themselves paired against Lille. However, the other seven pairings were significantly different: Salzberg vs. Bayern Munich; Sporting Lisbon vs. Manchester City; Benfica vs. Ajax; Atlético Madrid vs. Manchester United; Villarreal vs. Juventus; Inter Milan vs. Liverpool; P.S.G. vs. Real Madrid.

Real Madrid, who started off with a very winnable match against Benfica, will likely be the most dissatisfied with the new draw, as they will now have to face the star-studded lineup of P.S.G. Despite this, Real leads the Spanish league comfortably and appears to have every chance to come away with a win.

It was a mistake,” admitted Manchester City manager Pep Guardiola, whose team opened with Villarreal and closed with Sporting. Everything from coaches to players to UEFA itself is not immune to such occurrences. It’s a reasonable compromise. There would be suspicion if it weren’t repeated.

Barcelona, making an unusual appearance in the Europa League tournament after coming third in its Champions League group, will take on Napoli, and Porto will face Lazio.

Barcelona, making an unusual appearance after finishing third in its Champions League group, will play Napoli in the Europa League, and Porto will face Lazio in another matchup.

Leicester City will face Randers of Denmark in the Convention League, a new tournament featuring a more diverse set of clubs. There are also Israeli, Azerbaijani, and Norwegian teams among the last 16.