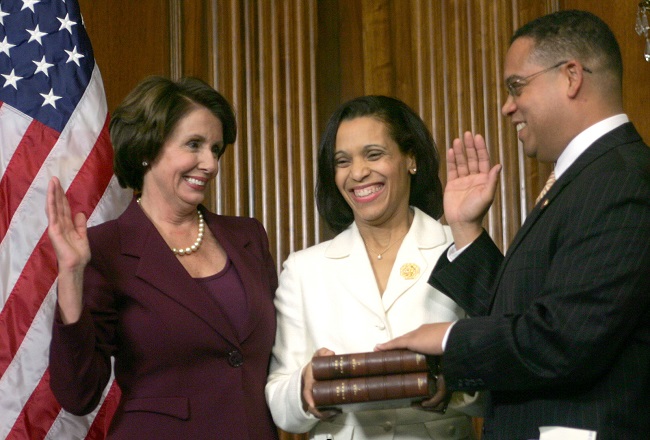 Later that day, they all posed for official swearing-in portraits with Nancy Pelosi, the new speaker of the House. Representatives Rashida Tlaib and Ilhan Omar, two freshmen, each posed with their hands on their copies of the Quran.

Currently, a fake news claiming that the “Supreme Court Rules 5-4: Oaths Not Taken on Bibles Illegal” is making the rounds online.

At the outset, it should be noted that the tale was first reported on a website that explicitly states, “Everything on this page is fictitious.” Despite this notice, however, other websites have picked up on certain aspects of the fabricated narrative and reported them as fact.

Apart from that, the story contains false information that needs to be amended. In one instance, the tale asserts that the United States is involved in a covert operation. Members of government must take an oath on the Bible, as required by the Constitution. There is nothing to that effect in the Constitution.

Article VI mandates a “oath or affirmation, to support this Constitution” from senators and representatives, but makes no mention of the Bible. That paragraph continues, “no religious test shall ever be required as a qualification to any office or public trust under the United States.”

A recent paper from the Congressional Research Service covers the procedure in depth, and it’s important to note that members are not required to grip anything or lay their left hand on anything when they raise their right hand to take the oath of office.

Furthermore, a search of recent Supreme Court decisions reveals that the justices have not made any rulings on the topic of oaths of office.

Politicians and Judges Often Take Their Oaths of Office on a Christian Bible, But is this the Norm?

What must be done is explicitly laid out in the Constitution.

Judge Ketanji Brown Jackson just made history by becoming the first African American woman to serve on the United States Supreme Court. the highest court in the land. Justice Jackson placed her left hand on two bibles as she swore to uphold the law during the brief ceremony.

To that end, we were wondering if it was required to take an oath on a bible. Use a book, or even read one, for that matter? Some politicians have been inventive with how they are sworn in in order to avoid doing what the Constitution says they must do while taking oaths.

The Constitution is Silent on the Subject of Inauguration Day Ceremonies.

Even though the usage of Bibles in inauguration ceremonies began far later than many people might think, the custom has since been firmly established.

If you’re ever elected to public office, at any level from city council to the presidency, you’re free to take the Oath of Office on any book you like (or no book at all). Thanks for reading our article Do You Have To Swear On The Bible To Be An Elected Official.