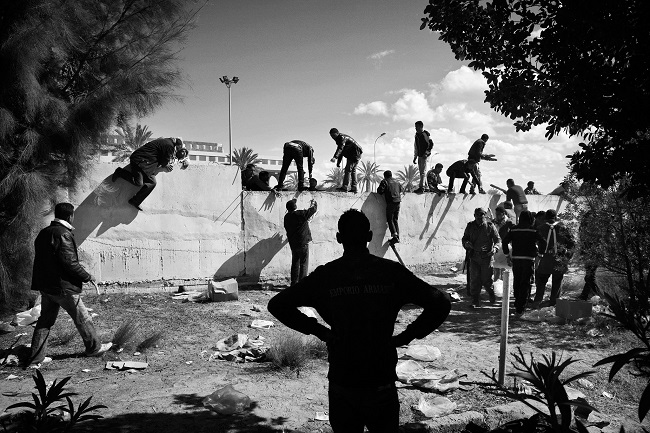 Dr. Azar Mirkhan dressed as a traditional Kurdish Pesh Merga soldier for the journey into northern Iraq, donning the loose-fitting pantaloons and cummerbund as well as the short woollen jacket. He also thoughtfully packed a few extras.

There was a loaded.45 semiautomatic and sniper binoculars, as well as a battle knife tucked away in his cummerbund. His M-4 assault rifle was in the back seat, with additional clips in the footwell, in case things got hairy. Doctor shrugged and said, “It’s a dangerous neighbourhood.”

Azar, Exudes the Air of a Hunter

Azar, even at 41 years old, exudes the air of a hunter, even without the guns and warrior garb. He has an unusual loping walk that makes minimal noise, and when talking, he often looks like he’s sighting down a rifle because of the way he tucks his chin and stares from under his lids. He vaguely resembles a young Johnny Cash, right down to the jet-black pompadour and jutting nose.

The unprecedented content of this issue of The New York Times Magazine is the result of months of in-depth interviews, filmed and photographed portraits of Middle Easterners who have endured autocratic rule, the American invasion of Iraq, the upheaval of the Arab Spring, and the rise of ISIS and other militant groups.

Anderson has been Covering the Area for Decades. Lawrence in Arabia:

War, Deceit, Imperial Folly, and the Making of the Modern Middle East, his acclaimed 2013 book, examines the tragic influence of T.E. Lawrence and his World War I contemporaries.

Thanks for reading our article Fractured Lands: How The Arab World Came Apart. Continue reading and have a good day.