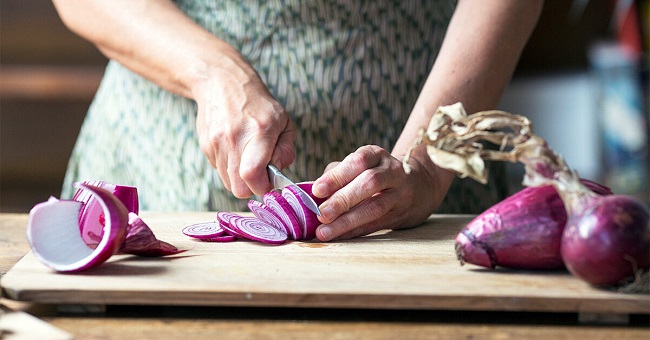 According to the US Centers for Disease Control and Prevention, more than 650 people became sick after eating onions that were imported from Mexico and were later linked to a salmonella outbreak (CDC).

A total of 652 cases were reported to the CDC, with 129 resulting in hospitalisation as of the most recent update on Wednesday. Despite the fact that it has spread to 37 different states, no fatalities have been reported.

The Centers for Disease Control and Prevention (CDC) has determined that fresh whole red, white, and yellow onions imported from Chihuahua, Mexico and supplied by ProSource Inc. are likely the source. ProSource told the health authority that the onions were imported on August 27 and would keep for another three months.

The Centers for Disease Control and Prevention (CDC) has issued an advisory advising businesses to stop selling onions imported from the Mexican state of Chihuahua and to destroy any such onions found in storage.

diarrhoea, fever, and stomach pains, and treatment can take up to a week.

Up to 160 cases have been reported in each of Texas and Oklahoma, making them the states hardest hit by the outbreak.

U.S. health officials report that a salmonella outbreak linked to onions has sickened over 650 people across 37 states.

Over a hundred and twenty-nine people have been hospitalised, according to the CDC. Everyone is still alive. The most cases were found in Texas and Oklahoma, and almost all of the infections occurred in the months of August and September.

According to the corporation, the onions were last imported in late August, which satisfied health regulators. Onions, though, may be preserved for months, so there may still be some in people’s homes and businesses.

Whole fresh red, white, or yellow onions imported from Chihuahua by ProSource are contaminated with salmonella and should not be purchased or consumed.

Salmonella symptoms, such as diarrhoea, fever, and stomach pains, typically manifest anywhere from six hours to six days after becoming infected with the parasite via contaminated food.

Some strains of the bacteria can also cause infection in urine, blood, bones, joints, or the neurological system (spinal fluid and brain), and can cause severe sickness.

Along with the CDC and local authorities, the Food and Drug Administration (FDA) has begun looking into the cause of the incident. In the meanwhile, “we will give updates as we discover more,” it promised.

Alzheimer’s Drug Poses a Dilemma For The F.D.A.

Targeting The Uneven Burden Of Kidney Disease On Black Americans

How To Save Your Knees Without Giving Up Your Workout