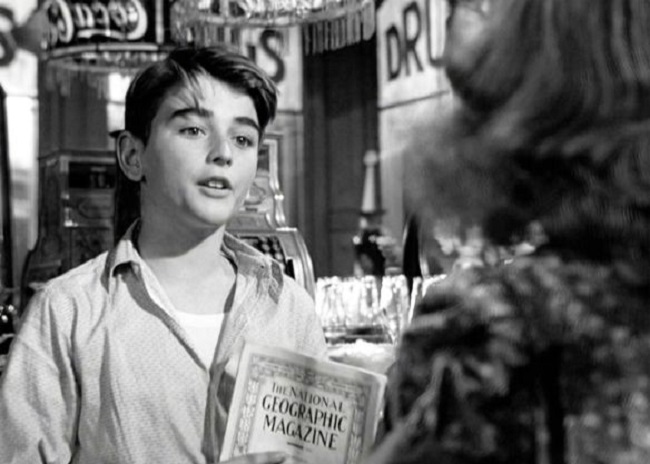 Bob Anderson, who played a young George Bailey in the beloved holiday film It’s a Wonderful Life, passed away peacefully at his home in Palm Springs, California. He was 75.

Anderson played a young Jimmy Stewart in the 1946 film, and director Frank Capra cast him at the tender age of 12.

Most notably, George played a role in the scenario where an intoxicated chemist mixes up a prescription that includes poison, but is saved by George, who is then given a boxing reward.

H.B. Warner, who is most known for playing Christ in Cecil B. DeMille’s The King of Kings, played the druggist in this film (1927). On the day that he and Anderson filmed their sequence, he supposedly became quite drunk. Anderson told the Los Angeles Times in 1996 that rehearsing the scenario hurt: “My ear was bleeding and my face was red from crying because of what he did to me. By the end, he had become rather endearing. He reached out and gave me an authentic embrace.”

Bob Anderson’s portrayal of a young James Stewart in IT’S A WONDERFUL LIFE will live on in moviegoers’ memories.

Gene, Bob’s dad, worked in Hollywood as an assistant director and later as a production manager.

Both his Uncles, James Flood and William Beaudine, were Film Directors.

In Shirley Temple’s YOUNG PEOPLE, Bob made his film debut at the tender age of seven. In the early 1940s, he appeared in several films without credit until landing the role of young George Bailey in IT’S A WONDERFUL LIFE.

After Hearing the Devastating News that his Son was Killed in Battle, (Mr. Gower has been Drinking).

One of the many things that makes It’s a Wonderful Life such a fascinating film is its unconventional treatment of the main character, the Protagonist. Although Jimmy Stewart’s portrayal of George Bailey is spot-on, Bailey is a particularly passive character, with most of life’s events occurring to him rather than being generated by him. This is true even when the town comes together at the end to save Bailey from financial disaster and incarceration.