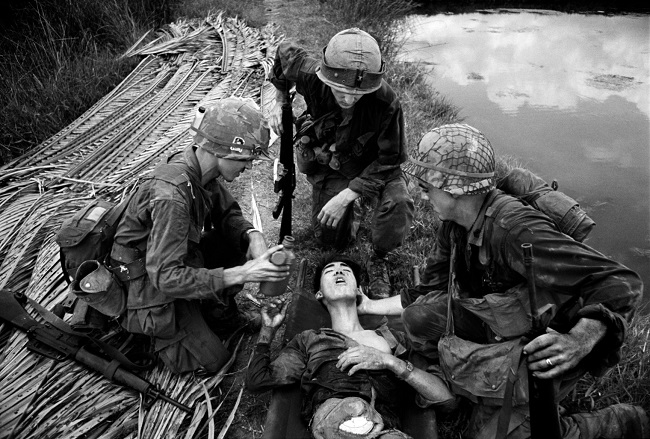 PBS has aired an 18-hour documentary about the Vietnam War, produced by Ken Burns and Lynn Novick, that has brought the conflict back into the public eye more than 30 years after it ended (with an estimated 58,000 American and 3 million Vietnamese lives lost).

Why Was The Vietnam War Called The Living Room War

War’s values, scars, and costs fascinate sociology professor Paul Joseph. His works cover a wide range of issues, including the Vietnam War, the nuclear policy debate, and Operation Iraqi Freedom under the Bush administration. He led Tufts’ Peace and Justice Studies programme for many years and was twice elected president of the US Peace Studies Association.

Tufts Now recently interviewed Joseph to discuss the Vietnam War’s legacy in the United States, including the lessons learned and those that have been forgotten.

Time for Tufts: You spent twenty years lecturing on the United States, Vietnam, and the war. If a conflict has deeply divided a country, how do you believe a documentary may help us grasp that?

The term “living room war” is used to describe how the media’s coverage of a conflict affects how the general public views that conflict. This phrase originated with the coverage of the Vietnam War on American television, which brought the conflict into people’s living rooms for the first time. Since television wasn’t invented until after World Conflict II, people back then had to make do with radio or print to hear about the war and read about it. Many people’s introduction to the reality of war was through the medium of the living room battle.

A nation that took pride in its ability to come together was torn apart by the Vietnam War as it was broadcast on television. The sensationalization of news events misled audiences about the true state of affairs. Being able to see it in their own homes helped Americans relate to and sympathise with the armed forces personnel serving abroad. As a result, there was a popular uproar against the war.